In the midst of the next generation takeover in golf, we were able to see two old guys duke it out for a major championship this weekend. No, one of those guys was not Tiger Woods; however, one of them was Phil Mickelson.

The weekend was looking good for the 46-year-old when he started the tournament on fire, but it was a sign of things to come when he was unable to sink his birdie putt on 18 to finish with the first 62 in a major championship. Instead, he finished tied for the record with a first-round 63.

Stenson has been a top-tier golfer for almost 15 years, but the 40-year-old had never won a major heading into the weekend. He was not going to be denied his first Open title this time around as he finished with four straight sub-70 rounds. 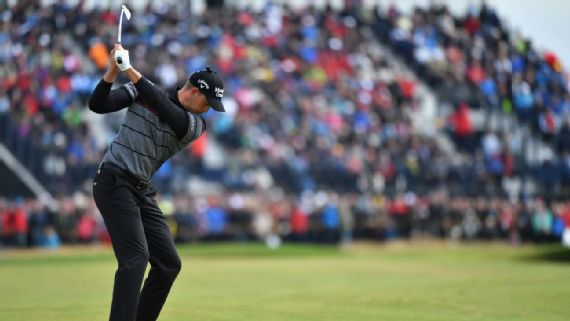 Stenson capped his magical run with style, sinking a 20-foot putt on 18 at Royal Troon. He walked away with the Claret Jug and a number of records including the lowest total amount of strokes in a major championship (264).

The PGA veteran became the first male Swedish golfer to win a major and the ninth golfer to win his first major at the age of 40 or older. His previous best finish was tied for second at the 2013 Open in which Mickelson won.