With preseason just about a month away, there was a lot that happened in the last few months in the world of the National Hockey League. Every offseason, there are signings, trades, or relocations that seem to surprise us. Well, 2016 was no different.

NHL Puts Las Vegas On The Map. Yes, you read that right. Come the 2017-2018 season, Las Vegas will have its very own hockey team. What makes this really special for hockey fans is the fact that this will be the first professional sports team based out of Las Vegas. They will play with the San Jose Sharks and Los Angeles Kings as part of the Pacific Division in the Western Conference. The team name, logo, colors and uniforms will all be unveiled next month, so keep your eyes peeled. 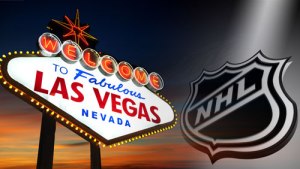 The Dallas Stars extend the Benn Brothers. Jamie Benn, an MVP candidate last season,  has been the face of the franchise since 2009, and nothing would make the management more happy than to make him a Star for life. While he signs an 8 year/$76 million deal, brother D-man Jordie gets a 3 year/$3.3 million deal.

Aaron Ekblad staying with the Florida Panthers for eight more years. With a run of postseason success lately and a new logo recently released, the Florida Panthers want defenseman Ekblad to be a part of it. He has proven himself worthy of the hefty contract worth $60 million, and will once again try to get Florida even closer to Lord Stanley this upcoming season with Jaromir Jagr coming back for yet another season.

Tampa Bay keeping one of their defensive weapons for a while. Victor Hedman, a clear defensive threat for the Tampa Bay Lightning, agreed to an 8 year/$63 million deal this past offseason, keeping the Bolts clear front-runners for the Cup. They always appear to be Atlantic Division favorites, and with Hedman staying, nothing will change.

Blues clean house, trade Brouwer and Captain Backes. As a Blackhawks fan, nothing upset me more last postseason than Troy Brouwer (former Blackhawks & 2010 Cup champion) lit us up and advanced to the next round. Not only on the Blues did he hurt us, but back when he was a Washington Capital, he scored the GWG in the Stadium Series. He got sent off to the Calgary Flames, while longtime captain David Backes signs a long-term deal with the Boston Bruins. St. Louis is cleaning house, surprisingly, especially after a trip to the Western Conference finals. But then again, anything can happen in the offseason. 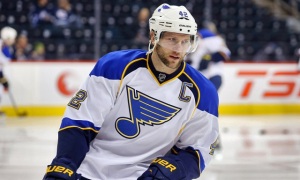 Hurricane Favorite Signs With Minnesota For 3 Years. The captain of the Carolina Hurricanes, Eric Staal, has left the team, and signed with the Minnesota Wild for 3 years/$10.5 million. With Carolina recently getting former Blackhawks Teuvo Teravanien and Bryan Bickell, you would think they would trending in the right direction. But for Staal, he sees Minnesota as a possible playoff team next year. With Bruce Boudreau as the new coach, who knows?

Islanders Lose Big Star to Buffalo. Kyle Okposo, who has been with the New York Islanders for the last nine seasons, has signed with the Buffalo Sabres for a 7 year/$42 million deal. With that deal, Okposo becomes one of the highest paid wingers in the league, and with New York always in the playoff picture, it comes as no surprise.

Edmonton Gain One, But Lose One. Free agent Milan Lucic (formerly of the Boston Bruins and Los Angeles Kings) signed a 7 year/$42 million deal, keeping him in the same division as his last team in LA. While Edmonton grabs a big forward in Lucic, they lose one of their top rising stars in Taylor Hall going to New Jersey. Call it rebuilding, retooling, whatever. In my opinion, the Oilers haven’t been the same since Wayne Gretzky left.

Chicago Brings Back 2010 Cup Favorite, Extend Two Others. Anyone would want to take a pay-cut to go to a Stanley Cup favorite, especially Chicago. For a 2010 winner, Brian Campbell didn’t hesitate. For a year, $2.2 million deal, the defenseman will see if he can bring Lord Stanley back. As for those already part of the team, Chicago extended D Michael Rozsival and young forward Brandon Mashinter for a year each.

Stamkos Sweepstakes Stays In Tampa Bay. Sorry other teams. Steven Stamkos is staying with his team for 8 years, $68 million. The Captain will most likely be a Bolt for life.

Subban & Weber Switch Teams, Shock the World. I honestly did not see this coming. Montreal fan favorite, P.K. Subban, and Nashville Predator captain, Shea Weber have swapped teams. They’re both defensemen, but it’s going to be strange seeing Subban in a Predator uniform, and Weber in a Montreal uniform.

Andrew Shaw The Latest Victim In Chicago’s Salary Cap Crisis. I loved Shaw. He was an incredible player who gave it his all every time he was on the ice. He was an instigator, a fighter, and more importantly a scorer. As a 2x Stanley Cup champ, he will take his talents off to Montreal, to join Carey Price and Shea Weber in their quest to dominate the Eastern Conference.

Anaheim Goalie Off to Toronto in Maple Leafs’ Effort to Rebuild. Frederik Andersen is taking his goalie abilities to Toronto, where he has signed a 5 year/$25 million deal. The Maple Leafs, with an experienced coach in Mike Babcock, will look to get themselves back in the playoff picture with promising prospects, a skilled goaltender, and a Cup-winning coach to take on the rest of the Eastern conference.

Raised in a competitive family, sports has been the majority of my life. Not only playing but watching as well. Born in Oak Lawn, IL (suburb of Chicago), I tend to have a bias, but I try to keep an open mind. Nonetheless, I enjoy watching and talking sports.

One thought on “2016 NHL Offseason Recap”